With all the fun winter adventures to do around Saskatoon, there are many reasons to get outside and make the best of winter. And one of those reasons is to gear up and go skating.

Saskatoon has 50 outdoor skating rinks to take advantage of and 5 municipal indoor rinks if the temperature gets a bit too chilly to be outside. Several even have free skate rental.

Here is a list of five of the cutest skating rinks around the city: 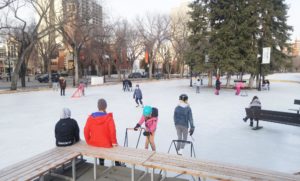 1. Cameco Meewasin Skating Rink at Nutrien Plaza Set along the river’s edge next to the Delta Bessborough, the Cameco Meewasin Skating Rink is one of the most iconic skating rinks in Canada. There’s an indoor shelter, benches to tie your skates, a fire pit along the rink edge and washrooms nearby. The skating rink is open daily from noon until 9pm. But the best part? Skate rental is completely free! They also accept donations if you’re looking to get rid of a pair. The rink holds several skating parties throughout the year, including one on Family Day, Monday, February 19. 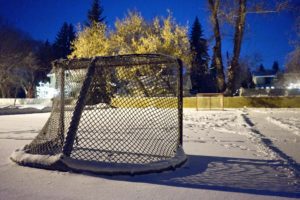 2. Idylwyld Park Many of the City of Saskatoon’s public skating rinks are traditional rinks located near schools and built with boards around the ice. But one of my favourite outdoors rinks is a simple sheet of ice that can be found in Idylwyld Park, between Saskatchewan Crescent and Poplar Crescent near the river. It’s a small rink in the middle of the park, but perfect for playing shinny with a group of friends. There are often two nets on the ice and a shovel nearby if the rink needs to be cleared of snow. The park is also lit at night so you don’t need to depend on daylight to get out on the ice. 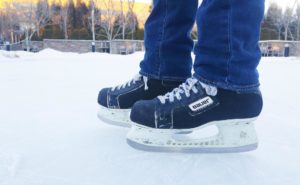 3. Rink in the Bowl The University of Saskatchewan is all about promoting wellness and fun during the winter months. They kicked off winter welcome week in January by opening an outdoor skating rink right in the bowl. If you’re a current student on campus, skates can be rented for free at the PAC with your student card. For anyone else, use of the rink is free if you have your own gear. (But note that the rink is for recreational purposes and the university asks that you leave the hockey stick and puck at home.) 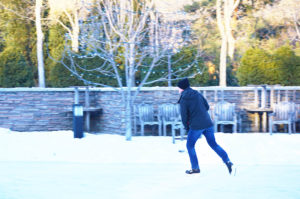 Innovation Place near the University of Saskatchewan maintains a beautiful skating rink on their outdoor pond in the wintertime. Few know about this little gem of a rink so you might get lucky and have the place to yourself. It’s also very Instagram worthy if you like to snap pics while out exploring. Although the on-site chalet is accessible only to tenants, the pond is open to the public. Nighttime is particularly beautiful when it’s all lit up by strings of lights throughout the grounds. 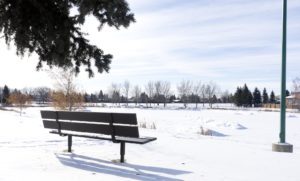 5. Lakeview Pond On the east side of the city is an outdoor rink on a pond. At the southern end of Mckercher Drive and the south end of the pond, is a cleared section for the public to skate on. It can take a few days after a major snow for it to be plowed by the Lakeview Community Association and local volunteers, so bring a shovel or check back frequently. Make sure to take note of signs indicating the thickness of the ice and if it is safe to skate.

Looking for the skating rink closest to your home? The City of Saskatoon offers an interactive online map with each of the 50 skating rinks marked.