I live in Nutana, which gives me the bonus of easy walking access to both downtown and Riversdale.  Both of these areas have seen some major growth in the last decade, with Riversdale shifting into an especially different vibe in recent years.

A few weeks ago, I met some friends at Odd Couple restaurant for dinner, followed by cocktails at The Hollows.  Before I went into Odd Couple, I took a moment to stand on the corner of 20th Street, gazing down the avenue at sunset.  Looking down the street at building facades from different decades, I could see more than 100 years of history all at once. 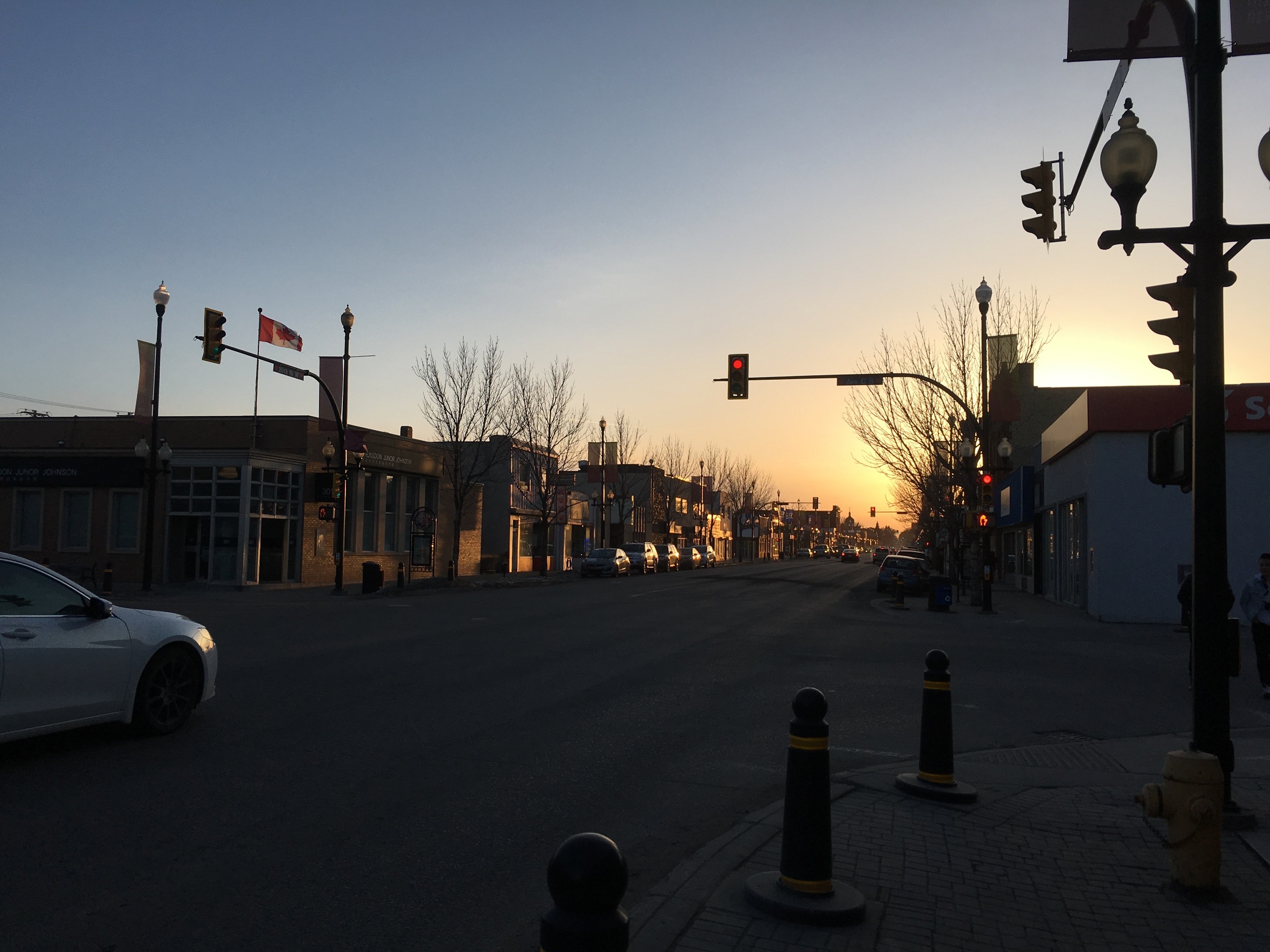 Early on, Riversdale was referred to as ‘Richville,’ though not because of money --- it was named after one of the original settlers in the 1890s when the area was homesteaded.  The village of Riversdale was incorporated in 1905, but joined with Nutana and Saskatoon to become the City of Saskatoon in 1906.

Diversity has traditionally been a staple of Riversdale.  Immigration brought families from Britain, China, Germany, the Ukraine, and elsewhere.  Saskatoon’s Chinatown had originally been along 19th Street, where River Landing is now.  When the City acquired that land in the 30s, the Chinese were pushed west, across the tracks that separated downtown from Riversdale.

It’s hard to imagine that area being totally covered in tracks from the CN railway yards, but the Senator Sid Buckwold (freeway) Bridge was once a CN train bridge and there was limited pedestrian and vehicle access to Riversdale.  In 1910, a walkway was built so people go back and forth.  20th Street was the commercial thoroughfare, its proximity to the train station making Riversdale a bustling hub in the growing city for many years. 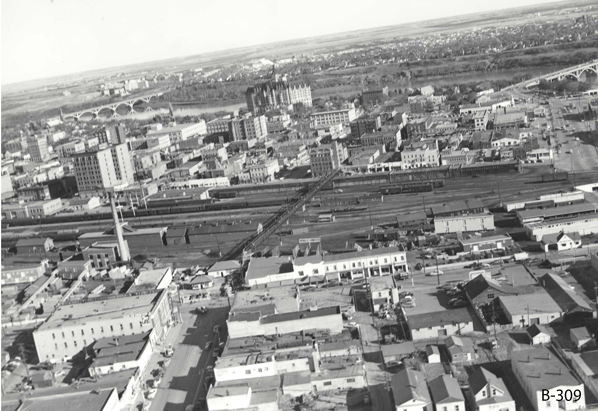 While, Magic Lantern Theatres restored the beautiful, historic Roxy Theatre as early as 2005, the demolition of The Barry Hotel in 2008 was one of the strongest catalysts for change in Riversdale.  The River Landing development and cheaper commercial rent brought more business to the area.  The Riversdale BID, new businesses, and new people moving to the neighbourhood to restore older homes created a tidal wave of change.  Riversdale is blossoming into a trendy, artsy hotspot.

I think a lot of this rests on its walkability.  Much like Broadway, cars and suburbia drove people away.  But the ability to wander down the street itself, window shop, and stop in somewhere for a drink, is what makes these streets so special.  It harkens back to another time, in early Saskatoon, when one would stroll down the boulevard.

I generally break up my trips to the area by day or night, but you could honestly spend an entire Saturday in Riversdale.

You’d start with crepes at Drift or a down home breakfast at Park Café or Hometown Diner.  Then, maybe you’d wander the aisles of the Farmer’s Market, picking up some fresh greens or homemade desserts for later.  This would perhaps be followed by some furniture or home décor shopping at stores like Anthology Home Collection and Garden Architecture.

By then, it’s lunchtime.  Can I tempt you with a lunch and some baking from Little Bird Patisserie & Café ?  Or, perhaps a sandwich from Underground Café or Leyda’s?  After lunch, grab a java at Collective Coffee, because there’s more shopping to be done.  Hit one of the sporting goods stores, like Al Anderson’s, Escape Sports, or bike joints like Doug’s Spoke n’ Sport or Bike Universe.  But don’t be too long --- that matinee at The Roxy Theatre is starting soon.  It’s a beautiful theatre, the walls covered with small balconies, windows and towers that give the impression of a little Spanish village. 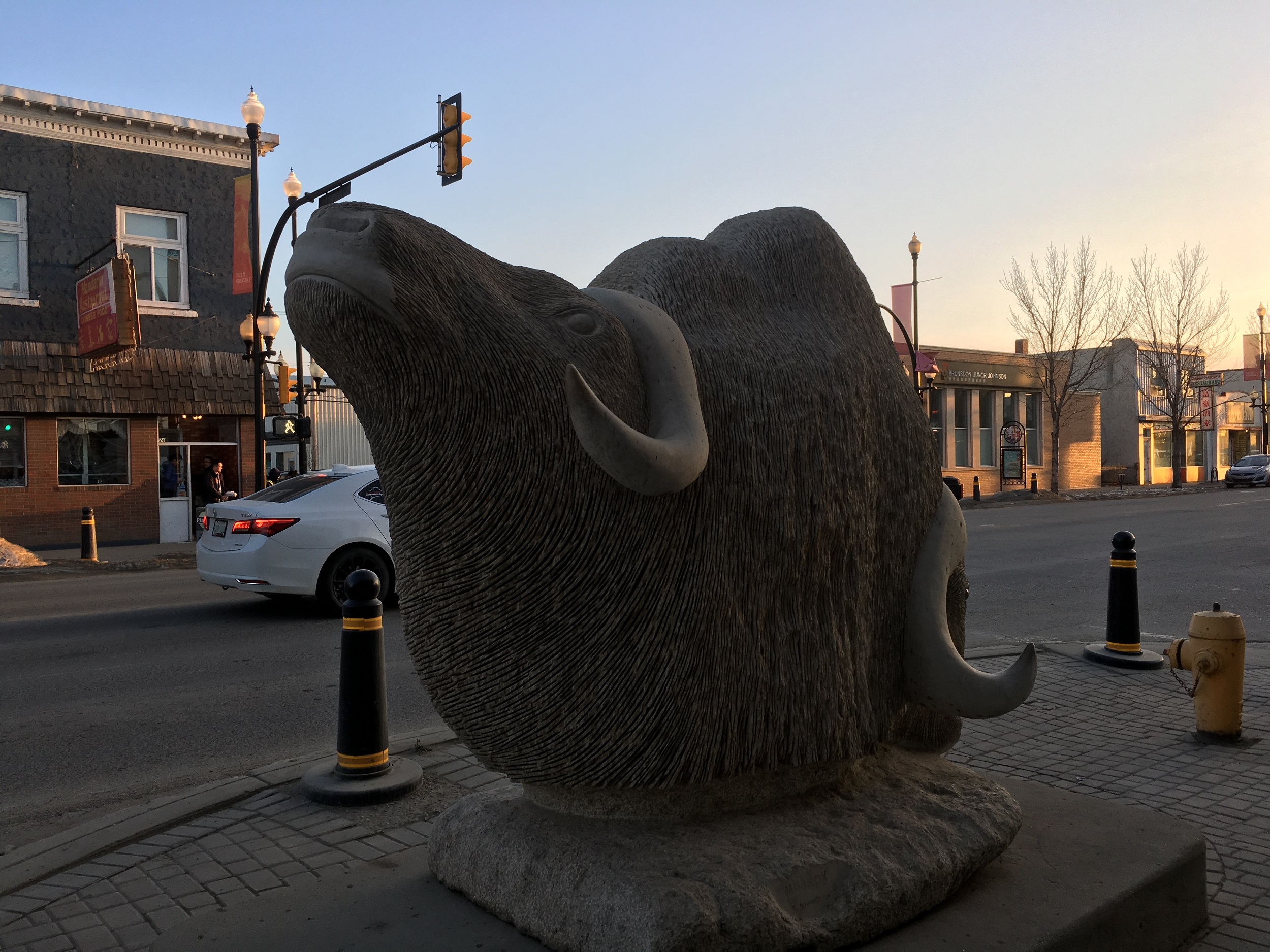 Once the movie lets out, it’s time to have dinner.  There are tons of great restaurants, from The Hollows (the best restaurant in Saskatoon, in my humble opinion) and Primal Pasta to even Genesis over on 22nd Street.  But given the chance, I slip off to one of the two dumpling spots --- Eastern Dumpling King or Jin Jin.  After dinner, you could check out an art installation at AKA Artist Run Centre, Paved Arts or Void Gallery, or see a play at Gordon Tootoosis Nīkānīwin Theatre or La Troupe du Jour.  Or you could just hit 9 Mile to hang out and drink some local, craft beer.  And if you’re still going later in the evening, you can always slip down to one of the video game bars, like Bartari, for some late night gaming and chicken fingers. 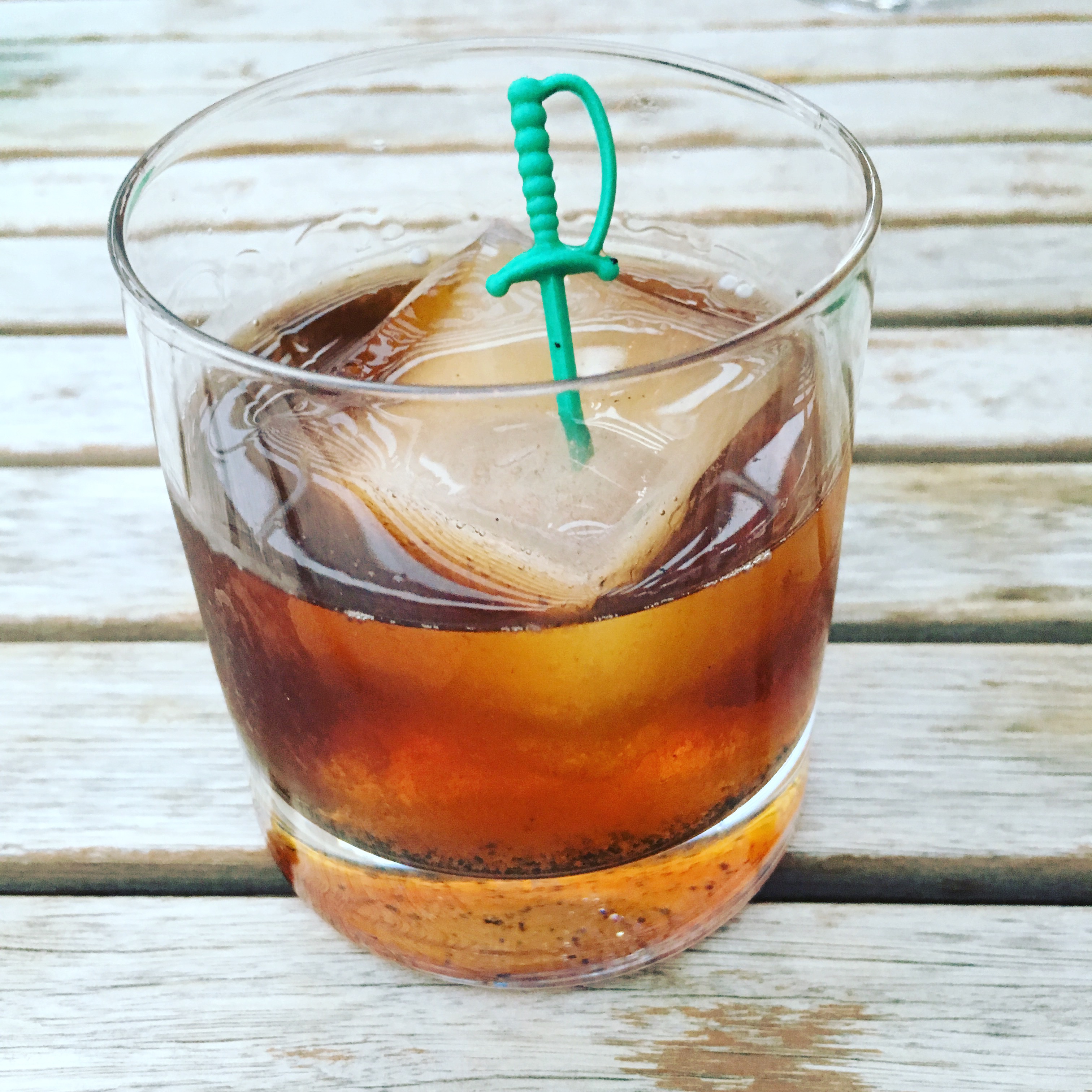 The Sword and the Stone cocktail from Drift.

Whew.  That was a lot of name-dropping and I barely scratched the surface.  Like I said, there’s a lot going on in Riversdale.

In fact, since the early 1900s, Riversdale has been a metaphor for Saskatoon itself.  A place of continual renewal.  A microcosm of community.  An early adopter of diversity.  Its businesses are an indicator of our innovative prairie spirit.  Riversdale is a neighbourhood that is still in transit.  It always will be.  Everything is.  And change can be a thrilling prospect.