By Daniel Dalman on Nov. 14, 2018
There are Saskatonians. And then there are Saskatooners. Saskatonians are the residents of a city - the general population that votes in elections, pays taxes, and knows the quickest route to and from every spot.
Saskatooners. That is another story. While they may not live here - they understand the essence of the city. They get the character of the places they visit, and possess the soul of a local.

There is some natural overlap between the two. In Devin Heroux, we have an amazing example of both. Although he doesn't live in Saskatoon anymore, he is a tried and true local, that understands the people (and often has a hand in telling their stories). While a career with the CBC has taken him to Toronto (and around the world!) he keeps his connection to Saskatoon going strong.
Recently, we got the opportunity to fire him some questions, which he graciously answered between flights, assignments, and telling some pretty awesome stories.
Go-to Spot?
When we asked him to let us know his favourite spot to visit when he gets to Saskatoon - Devin couldn't resist naming the South Saskatchewan River as number 1:
"There’s nothing quite like a stroll along the South Saskatchewan River. For me, the river, those trails, the calm, has been a place of reflection and tranquility. Whenever I come back to Saskatoon, one of the first things I do is make my way to Broadway Avenue and then proceed to the trail along the riverbank. When I walk along the meandering path I’m reminded of all the fears, dreams, hopes and feelings I’ve had throughout my life. And by the time I get back to Broadway, it’s as if everything makes sense again.
It’s magnetic and majestic. Cleansing and clearing. And the funny thing about it is wherever I am in the world, I try to find my South Saskatchewan River. I try to find that water and path to walk along. It’s been grounding for me my entire life." 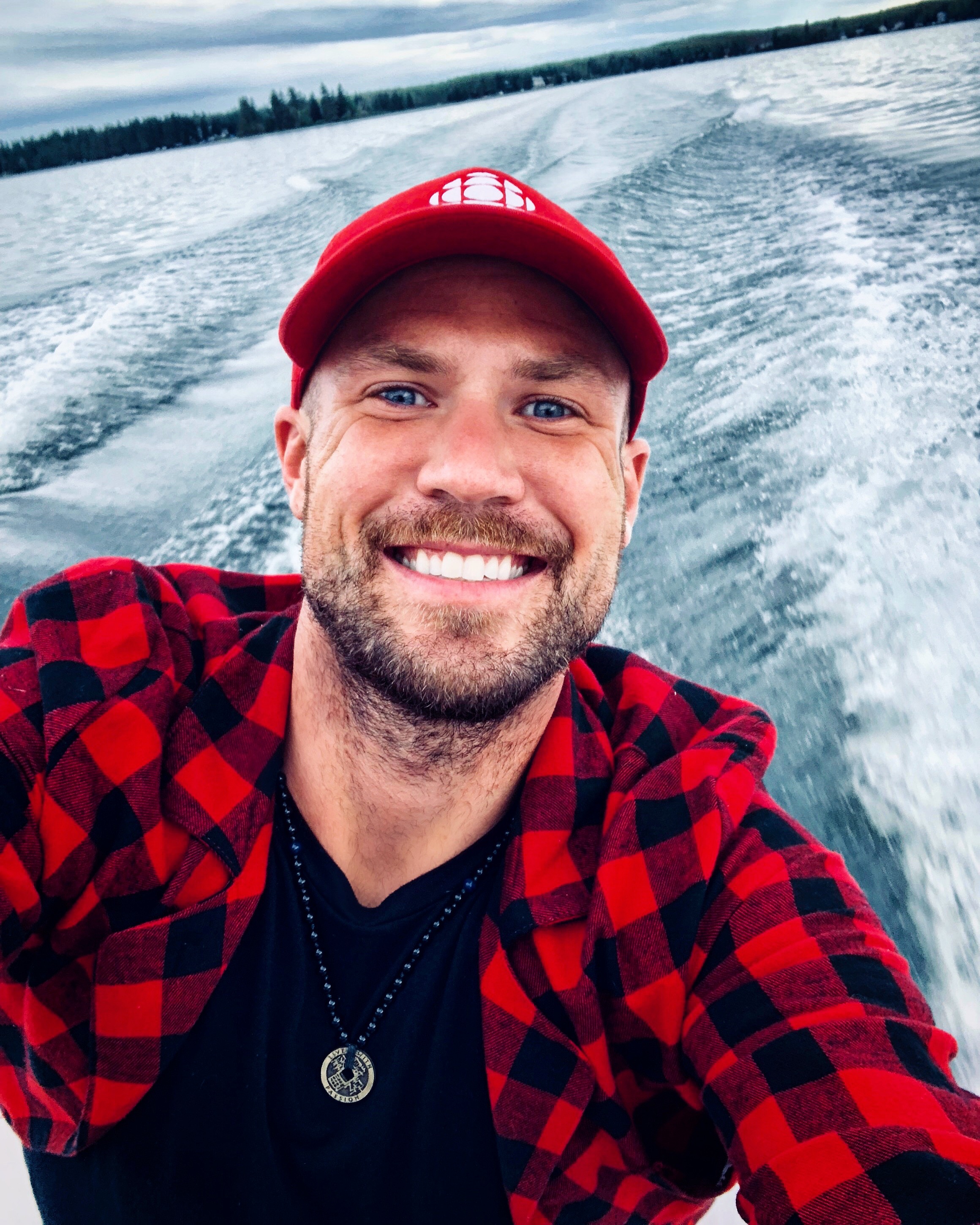 What he misses most:
Since he is out travelling the world and humming along in the mecca that is Toronto, we had to know - what does Devin miss most about Saskatoon? His answer: the people.
"There’s an undeniable spirit and humility that resonates across our great city. We say hello to another. We help one another. We push stuck cars together in the dead of winter. There’s a collective energy that percolates around our communities. We understand to a degree more than most Canadian cities I visit, that we’re all in this together."
Go to Date Spot?
If he was going to bring a significant other to Saskatoon, where would Devin take them? (Asking for a friend who is definitely me!)
"I’ve always imagined the train bridge on a warm summer night with the sun setting to be an ideal date spot. There’s that river walk again. But when you’re on that train bridge looking across the river and the city, it’s really magical. If and when I travel back to this city with a significant other, the train bridge is where we’ll go."
Favourite Neighbourhood?
Where does Heroux go to feel at home in a city he doesn't live in anymore? His answer:
"Riversdale has always been my favourite neighbourhood in Saskatoon. It’s steeped in history and tradition — it’s a meeting place, one of the oldest neighbourhoods and what I consider to be the heartbeat of our city."
Top 3 – Restaurants
Leyda’s
Drift
Odd Couple Restaurant
Go–to outside activity?

Since Devin's current aesthetic is reminiscent of a lumberjack, we had to ask - what makes him go outside when he is in Saskatoon?
"Football in Saskatoon has always been a big part of my life. Whether at Griffiths Stadium or Gordie Howe Bowl, I love to watch our Huskies and Hilltops play.
There’s such a great tradition of grassroots football in our city that gives me great pride where I travel. I don’t think Saskatoon and Saskatchewan is given enough credit for the wealth of great players, coaches, trainers and administration that have come from the flatlands."
What sets us apart?
Lastly, since he has been all over, witnessed some pretty incredible places and met some great people- we asked what it was that makes Saskatoon unique.
"Saskatoon is a place that allowed me to explore who I was in this world without judgment. This place allowed me to make mistakes, meet people and make lifelong friendships. It allowed me to be vulnerable and authentic. There’s a magnetic pull and creative spirit that emanates from the people. I think we understand what it’s like to be the underdog and underestimated, so time and time again we see examples of Saskatoon-born people leaving this place and going out into the world and doing great things.
Because deep down we all know that Saskatoon is a place that provides opportunity for us all despite many in Canada not realizing the power and poise we possess. I’m fiercely proud of this place and ensure people know it.
We’re a mix of old and new. Traditional and forward-thinking. We’re the lucky ones to be from Saskatoon.
Author