Poutine is a Canadian staple that makes an amazing meal or late-night snack. If you’re getting poutine though, you want it to be the best of the best, which is why YXE is a great place to order this fries-cheese-gravy classic. Beyond your typical poutine, check out these places in Saskatoon that offer so much more — bacon, prime rib, vegan poutine and even poutine for breakfast. 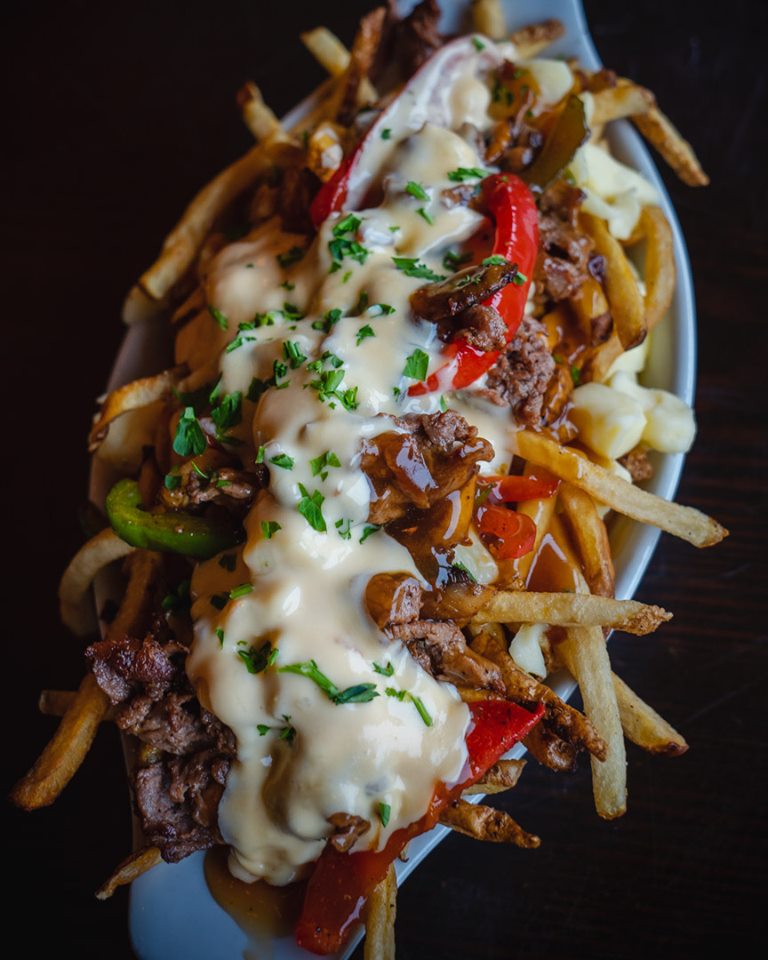 Cover photo and above photo via @leopoldstavern

Leopold’s cozy vibe pairs wonderfully with their amazing line-up of poutine options, including their traditional poutine, the mushroom, the philly cheese, the cheeseburger or the buffalo chicken ranch. They also have a different poutine feature each week, and many of their poutines can be made gluten-friendly too. If you really love poutine, try their punch bowl poutine — it’s 4-lbs of potatoes, 1-lb of cheese curds and 1-litre of gravy, all served in a punch bowl! 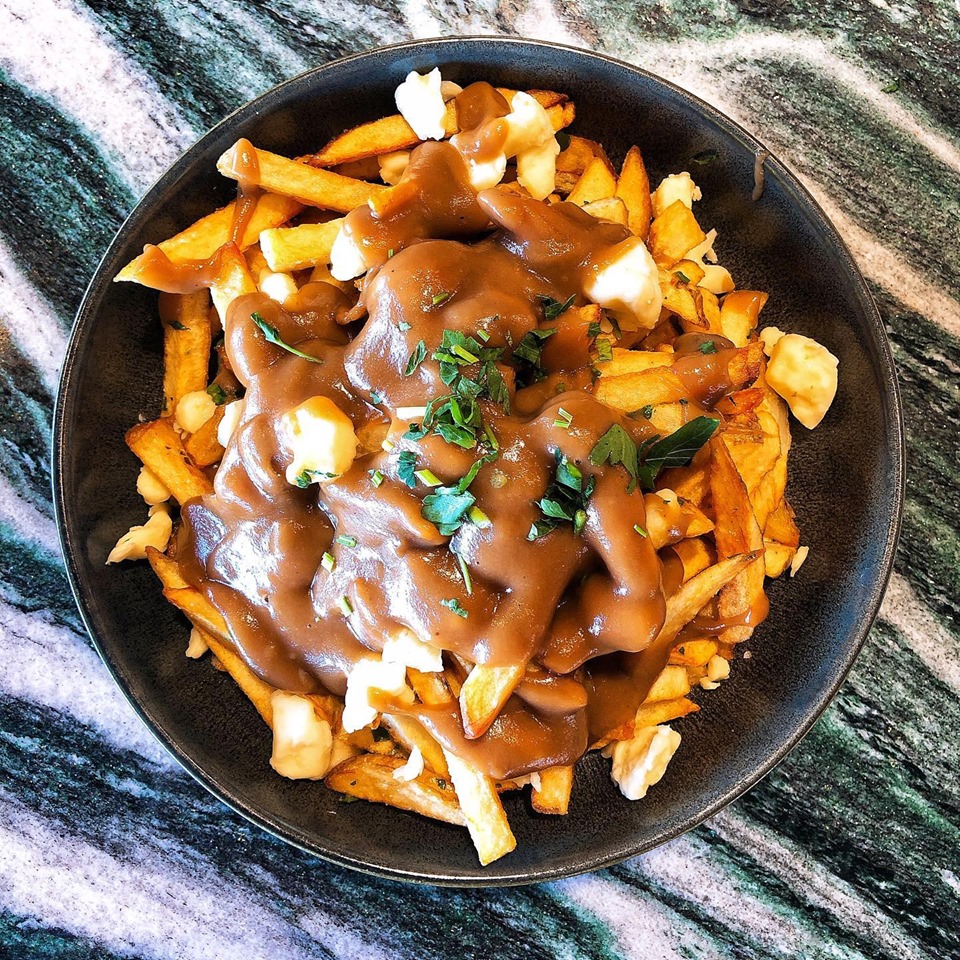 Cohen’s serves up Canadian Poutine, which comes with beef gravy and Canadian cheese curds. To make it deluxe, add bacon, chorizo or an egg on top. They also serve various kinds of fries, including their dill pickle fries with buttermilk ranch, and the spicy pico fries, with smoky mayo and pico de gallo. 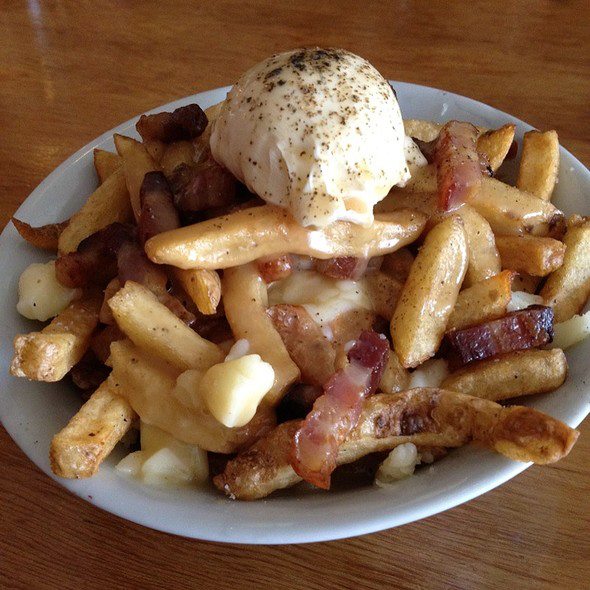 Photo via The Hollows

The Hollows is known for their Breakfast Poutine, which is served on their weekend brunch menu and includes chicken gravy, a poached farm egg, bacon and curds. If you really want to go all out for the most important meal of the day, add truffle mayo or local kim chi to your poutine.

The Yard does a classic poutine with home-cut fries, cheese and gravy, and for extra you can add chicken or beef. Try their Obscene Poutine, where you can choose from a list of toppings that allow you to dress up your classic poutine. Options include fresh tomatoes, sauteed mushrooms, jalapenos and more. 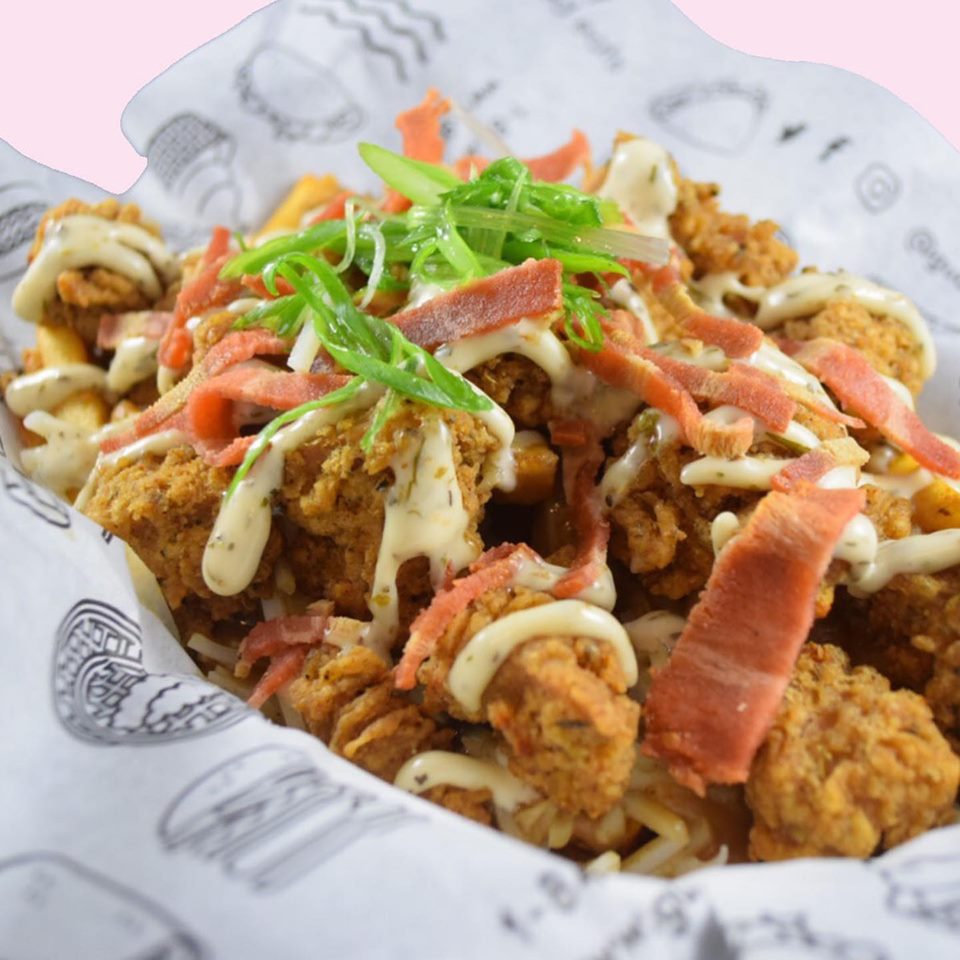 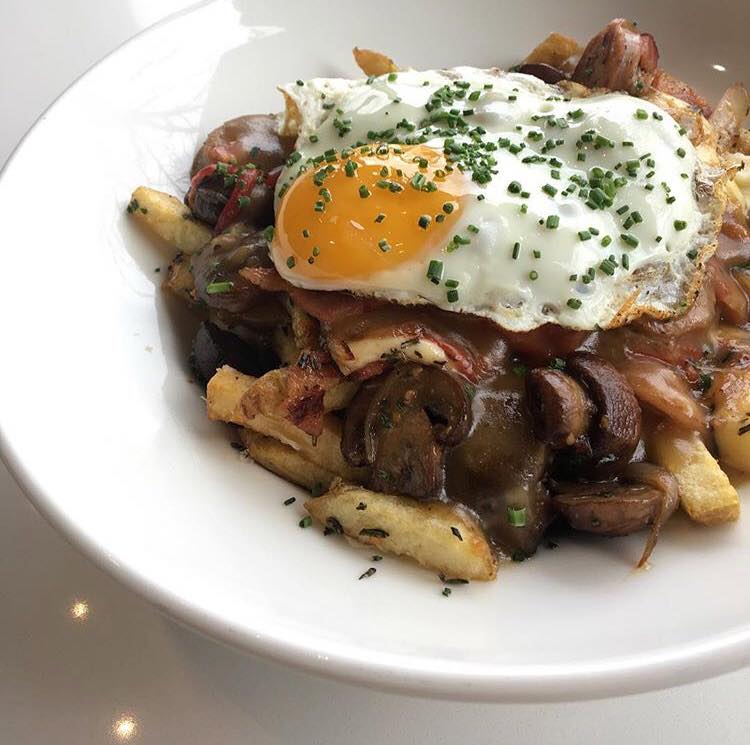 For a delicious breakfast or brunch poutine, check out Hometown and order their classic Hometown Poutine, which is loaded with bacon, sausage, sauteed mushrooms, caramelized onions, roasted red pepper and cheese curds. In keeping with the breakfast theme, the poutine comes with maple gravy and a sunny side egg. 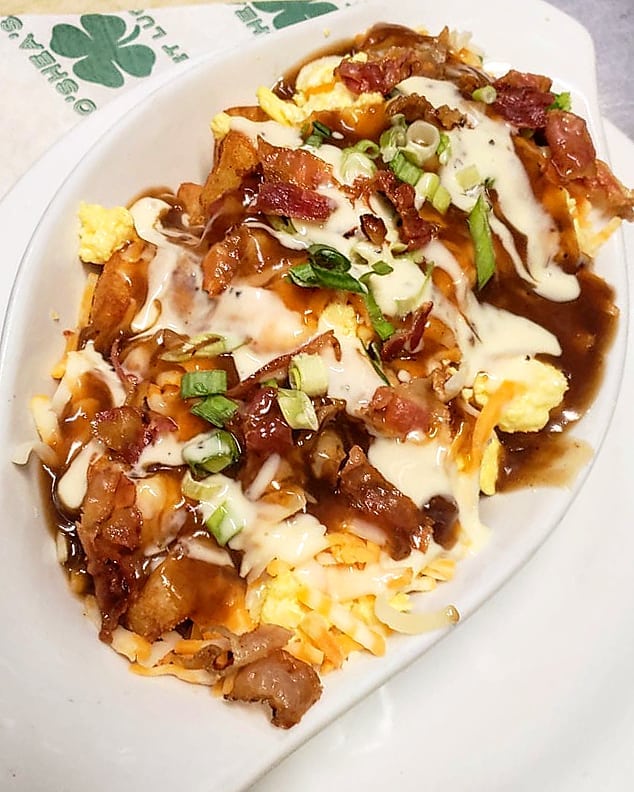 O’Shea’s does a classic poutine on their snack menu and also serves a breakfast poutine, complete with scrambled eggs, bacon, shredded cheese, gravy and hollandaise sauce, served on a bed of hashbrowns. 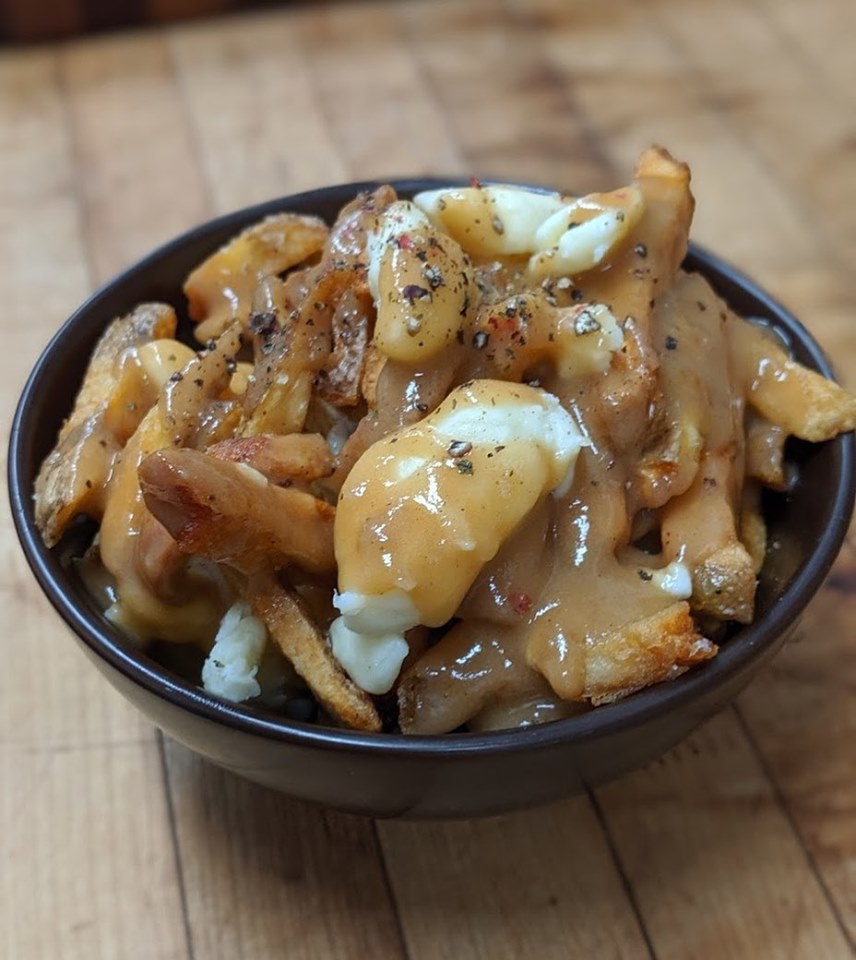 Odla’s perfect for a delicious dinner out, but you can also have the best of both worlds with a side poutine option on their menu. Order something like roast pork loin or grilled steelhead trout and add a side of poutine with pork or mushroom gravy. Sounds heavenly!

The Rook & Raven does a prime rib poutine on their snack menu, and it’s made with house fries, cheddar curds and red wine jus. This poutine is a meal in itself — loaded up with prime rib, it’s a delicious local take on a classic fave.

Naomi Hansen is a freelance writer, editor and researcher based out of Saskatoon. She is the former Editor-in-Chief of the Sheaf, and her past work has included Flow magazine, Saskatchewan History & Folklore magazine, Narcity Media, and The Canadian Journal of History, among others. When she’s not writing, she loves to read, bike, cook and sip on red wine or coffee.